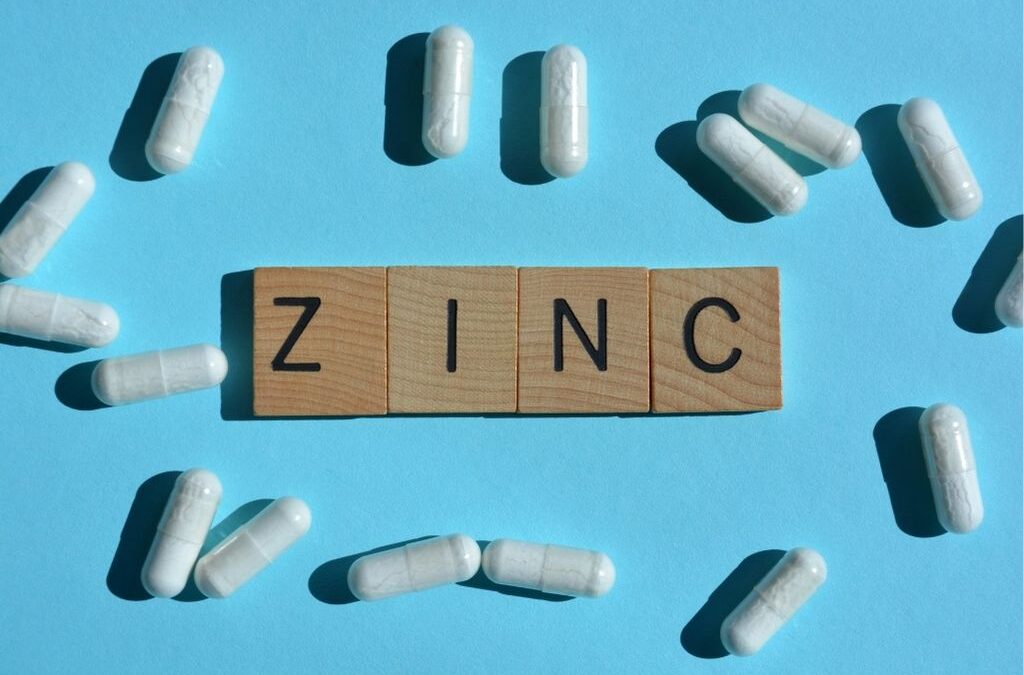 Everything You Need To Know About the Magic Four Minerals

Minerals are a vital component of our diet as they facilitate proper growth and development, and they are crucial cofactors in metabolism.  Like vitamins, minerals have recommended daily allowance (RDA), and both deficiency in mineral intake and toxicity can cause problems.

This essay looks at iodine, selenium, zinc, and manganese.  It will focus on their role in the body and the systems that they affect.

Iodine is necessary to produce the thyroid hormones thyroxine (T4) and triiodothyronine (T3).  T3 and T4 regulate metabolism and body temperature; they affect growth and development, the nervous system, and even our mood.  The thyroid is also responsible for the production of another hormone, calcitonin., which works with parathyroid hormone to regulate calcium level in the body.  During pregnancy, iodine is crucial for fetal brain and bone development, and in the postnatal period it is necessary for proper growth of the infant.  Iodine is found in fish, seaweed, and shellfish.  In the American diet, iodized salt and dairy products are the major dietary source of iodine.  Iodine is also found as a dietary supplement in the form of sodium iodide or potassium iodide.

Selenium is an essential trace mineral needed in small quantities; without it we cannot live.  Selenium is an antioxidant that helps protect cells from damage caused by oxidative stress.  In addition to reducing oxidative stress, selenium supports proper immune function, and it seems to lower the risk of certain cancers.  It is also necessary to produce enzymes.  Brazil nuts are the best source of selenium.  Other sources are fish, pork, beef, turkey and chicken, cottage cheese, eggs, brown rice, and sunflower seeds.  Some processed foods are also enriched with synthetic selenium.

Zinc is a mineral found in cells throughout the body and is involved in cell division, cell growth, and wound healing.  Zinc is necessary for immune system function, sperm production, and carbohydrate metabolism.  It is also needed for our sense of taste and smell, and it plays an important role in insulin use.  Zinc is essential for fetal development.  It is also essential for growth and development of infants and children.

The Importance Of Magnesium

Lastly, manganese is a precursor to many enzymes, and it is needed for protein digestion and absorption as well as cholesterol metabolism.  It is important for bone health, and, when taken with calcium, zinc and copper, it helps reduce spinal bone loss in older women.  Manganese is necessary for blood sugar regulation, and it functions as an antioxidant.  It is a key element for wound healing, and it does so by aiding in the production of proline, an amino acid necessary for collagen production.  Manganese is found in a variety of foods including oysters, clams and mussels, nuts, legumes and unrefined grains, coffee, tea, and many spices.  Our body stores up to 20 mg of manganese in the kidneys, liver, pancreas and bones.

The recommended dietary amount for iodine is age dependent.  A newborn requires 110 mcg of iodine daily.  An infant between 7 to 12 months requires 130 mcg.  Children between 1 and 8 years require 90 mcg, and children between 9 and 13 require 120 mcg.  Teenagers between 14 and 18 require 150 mcg daily, which is the same for adult males and females.  Pregnant women require at least 220 mcg daily, and lactating women require 290 mcg.  Excess iodine intake causes fever, nausea, vomiting, weak pulse, stomach pain, and a burning sensation in the throat, mouth, and stomach, and coma.  Chronic iodine toxicity is rare but can result in thyroid gland inflammation and even thyroid cancer.  Iodine deficiency causes inadequate production of thyroid hormones which leads to hypothyroidism.  Iodine deficiency can also cause the thyroid gland to enlarge, causing goiter.  Iodine deficiency increases risk of miscarriage, stillbirth, and congenital abnormalities in babies.  Tolerable upper limit intake level (UL) has also been established for iodine.  This is the maximum amount of iodine that can be safely ingested without risking toxicity/overdose.  The UL for iodine intake is as follows: children between 1 and 3 have a UL of 200mcg; for children between 9 and 13 UL is 600mcg; UL is 900mcg for teenagers between 14 and 18 years, and it is 1100mcg for adults.

Selenium deficiency is rare in the general population, but cases of selenium deficiency are often reported in patients who receive intravenous feeding therapy for extended periods of time.  As a result, patients are likely to develop Keshan disease, a cardiomyopathy that presents with enlargement of the heart muscle resulting in congestive cardiac failure, cardiogenic shock and death.  Another condition caused by selenium and iodine deficiency is Kashin-Beck disease.  Kashin-Beck is prevalent mostly in China, Siberia, Korea and Tibet and is caused by mineral deficiencies associated with depleted soil.

It affects joints and bones to the point that limbs’ growth are stunted, joints are deformed, and the individual experiences loss of stature caused by necrosis of growth plates of the bones and of the cartilage in the joints.  Cognitive function is also affected and mental retardation can be present.  Excess selenium in the body results in selenosis, which causes fatigue, nausea, mild nerve damage, disrupted vision, nail problems, and hair loss. The RDA for selenium vary based on age, gender, illnesses, pregnancy, and they are as follows:

Signs and Symptoms Of Zinc Deficiency

The signs and symptoms of zinc deficiency include poor appetite, stunted growth, alopecia, skin sores, wounds that do not heal easily, hypogonadism, poor olfactory and taste senses, and poor vision.  Similarly, a high zinc intake (usually through supplements) causes vomiting, diarrhea, and abdominal cramps within three to ten hours.  These symptoms generally stop once supplementation ends.  Zinc toxicity has antagonistic effects on copper and iron.  The RDA for zinc are established to prevent deficiency or toxicity and are as follows: infants between 0 and 6 months should take 2mg/day; infants and children 7 months to 3 years should take 3mg/day; RDA for children between 4 and 8 years is 5mg/day, and 8mg/day is recommended for children between 9 and 13 years. Males over 14 years should take 11mg/day, while females between 14 and 18 years should take 9mg/day. Females over 19 years of age require 8mg/day, 11mg/day during pregnancy and 12mg/day when lactating.  Pregnant teenagers require 12mg/day, whereas those lactating require 13mg/day.

Manganese Deficiency Is Rare, But Its Absence Can Disrupt Healthful Living

Although rare, manganese deficiency is possible and manifests with retarded growth, infertility, skeletal abnormalities, low sugar tolerance, and altered fat and carbohydrate metabolism.  Manganism or manganese poisoning results from chronic exposure to manganese and can manifest neurological disorders including tremors, facial muscle spasms or difficulty walking; these neurological symptoms are usually proceeded by hallucinations, reduced lung activities, and aggression.  There is no RDA for manganese; however, the adequate intake (AI) is 1.8-2.3 mg/day, and the upper limit is 11mg/day for adults above 19 years.

What impact does the quality of the soil play in the role of the available minerals in our food supply? What types of chemicals in our environment impede mineral absorption?

Soil is an essential factor in healthy food and human and animal nutrition.  While most of us are familiar with malnutrition that comes from lack or poor quality macronutrients, not everyone knows about another form of malnutrition called “hidden hunger”.  Hidden hunger occurs when our diet is void of micronutrients, such as B vitamins, vitamin A, iodine, selenium, and zinc.  Micronutrients are essential to health, being cofactors in metabolic functions, digestion, neurotransmitter production, eyesight, energy, and more.  The Food and Agriculture Organization estimates that around 2 billion people worldwide suffer from hidden hunger; that is almost 1/3 of the world population.  The quality of our soil is a key factor affecting micronutrient availability in food and nutrient quality.

Most the foods that we eat come from the soil: vegetables, fruits, grains and grains products.  Hidden hunger is caused by lack of variety, consumption of crops that are not nutrient-rich, and soil depletion.  Plants need 18 essential elements for proper growth and nutrient-density.  Three of them (carbon, hydrogen and oxygen) are obtained through photosynthesis; the rest need to be present in the soil.  Unsustainable soil management strips the soil of nutrients, causing the foods grown in it to have suboptimal nutrient profiles.  We need to get away from mass farming procedures that encourage unsustainable soil management, and we need to embrace agricultural practices that are based on crop rotation and diversification which promote soil fertility; healthy soil leads to healthy food.

Healthy Soil Means A Healthy You

Another factor that plays an important role in soil health, and therefore the health of our crops, is exposure to chemicals, heavy metal pollution, and man-made fertilizers.  Studies show that long-term use of man-made fertilizers causes a decline in soil quality and productivity.  Particularly hazardous is long term exposure to heavy metals, insecticides and aromatic hydrocarbons.  These substances have toxic effects on plants and humans; they prevent mineral absorption, disrupt vital enzymatic processes, change the microbiota, and compete with minerals for absorption.  Cadmium, mercury, lead, arsenic and copper are the heavy metals most commonly found in the soil.  They accumulate through disposal of high metal wastes, sewage sludge, wastewater irrigation, emissions from industrial areas, and spillage of petrochemicals.

How Cadmium Can Be Destructive For Healthy Living

Cadmium interferes with copper, iron and zinc.  Mercury damages the nerves and interferes with cellular respiration.  Lead ingestion can lead to anemia, kidney and brain damage and even death.  Particularly problematic is exposure to lead by individuals whose diets are deficient in vitamin E, calcium, phosphorus, iron and zinc.  Arsenic is a known carcinogen, which causes skin changes, nausea and vomiting, arrhythmia, and cramps.  While there is no medication to combat arsenic poisoning, the use of vitamin E and selenium have shown to limit the symptoms and damage of arsenic poisoning.

Heavy metals do not only pose a risk to our health, but they are also harmful to soil regeneration and biodegradation of organic contaminants.  Soil washing, immobilization, phytoremediation are all technologies available to clean up contaminated soils.