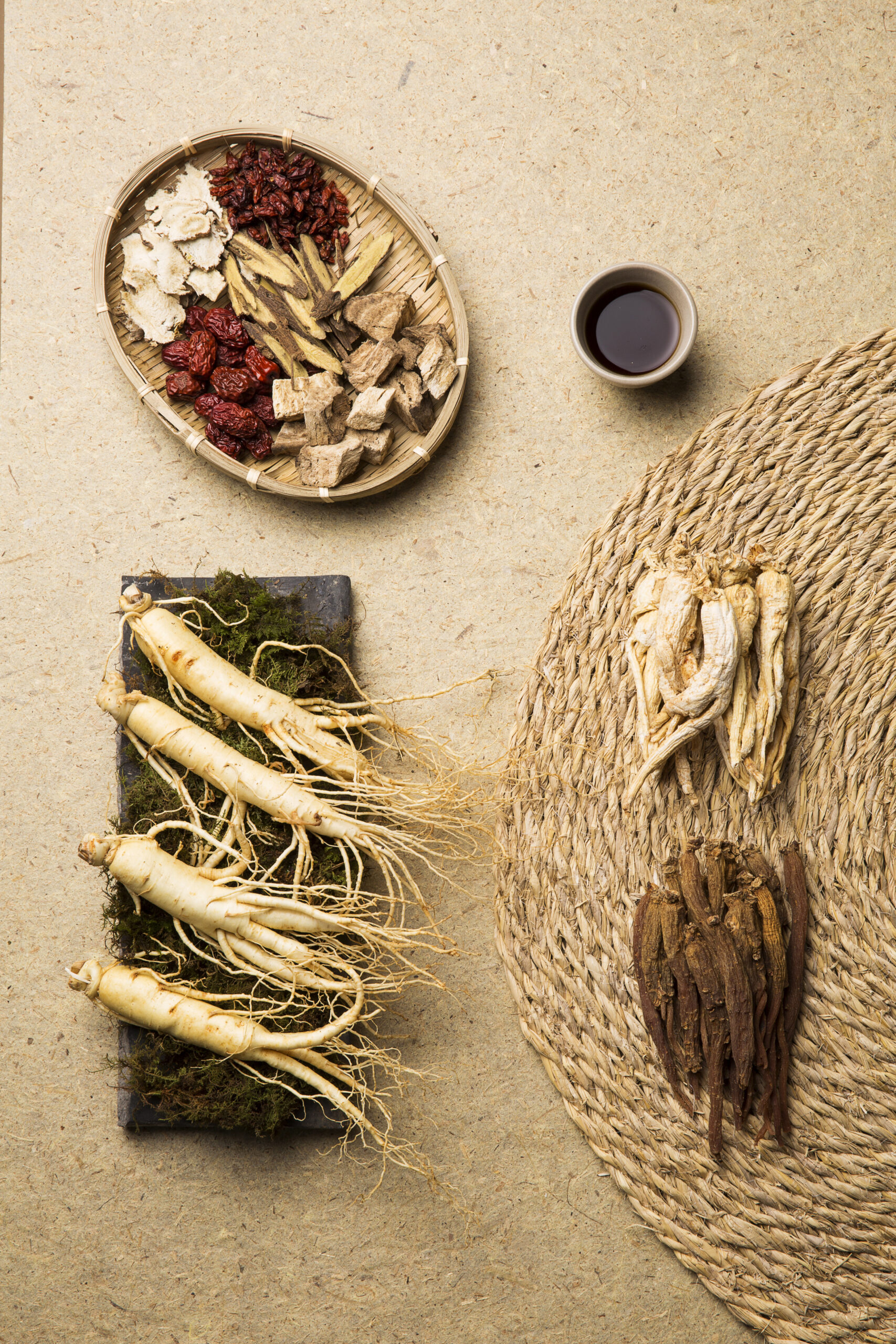 Ginseng (Panax ginseng) is commonly referred to as Korean ginseng or Asian ginseng. Originally used in Chinese tradition medicine, it is now widely used in the Western world. According to the Chinese, ginseng has the ability to replenish the body’s energy and fluids and to promote good health and longevity. The main and lateral roots are traditionally used as medicinal ginseng; the smaller root hairs that are utilized in the West are of lower quality. Commercial ginseng is available as two different preparations: red ginseng and white ginseng. For red ginseng, the root is steamed unpeeled before drying, while the white form is peeled dried normally. In Chinese medicine, ginseng is used to treat severe respiratory illness and anxiety issues. In the west, ginseng is used to treat stomach and digestive issues, anorexia, and sexual disorders. The main and lateral roots contain saponins called ginsenosides as well as polysaccharides, essential oils, diacetylines, peptides, lipids, and arginine (Bone & Mills, 2013).

Studies show that both Asian and American ginseng are helpful in the management of type 2 diabetes. They have also both been found to improve energy levels and overall quality of life in cancer patients. Other similarities concern immune-enhancing properties: both types of ginseng improve cold and flu symptoms. Both types are used to improve memory and cognition (Chen & Hui, 2012).  American and Asian ginseng are also used for their antioxidant properties. A small in vivo study showed that consumption of American ginseng tea has immediate antioxidant effect on cellular DNA, protecting it from oxidative stress (Szeto et al., 2015). A study conducted on the use of red Asian ginseng (the unpeeled, steamed kind) has shown antioxidant and chemoprotective properties (Dong et al., 2013).

As far as difference are concerned, American ginseng is more calming. It is utilized for the treatment of insomnia and for stress management. Asian ginseng has stimulating properties, and it is used for energy and even erectile disfunction (Chen et al., 2008).