DIGESTION 101: A Step By Step Break Down Of This Complex Body System And How Food Is Metabolized Into Usable Energy 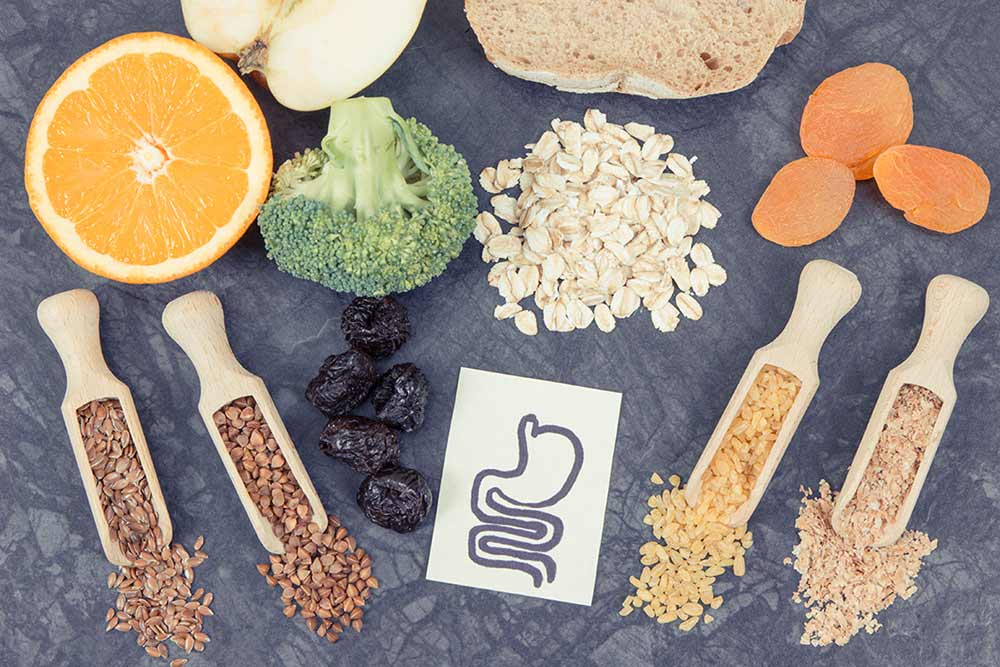 The digestive system is one of several body systems, and it plays a crucial role in maintaining overall health and wellness. While every human being relies on digestion daily to absorb and transmute food into energy, there still remains a significant lack of general knowledge surrounding the intricacies of this system. This article will render a detailed account of the mechanical complexities of the digestive system and also how the body metabolizes food.

What Are The Primary Organs Involved In Digestion?

Enzymes Are The Catalyst For Digestion: Why Saliva Matters And Other Necessary Chemical Responses Along The Way

Digestion begins in the brain, with the cephalic phase of digestion triggering the release of gastric secretion as a result of the sight, smell, and  even thought of food.  Food enters the mouth where the teeth begin the physical breakdown of food.  Three sets of salivary glands secrete saliva to moisten the food and help with swallowing.  These glands also secrete the enzyme salivary amylase, also known as ptyalin, which begins the chemical breakdown of starch into maltose.  Salivary amylase is in contact with food for a very short time, but deficiency of this enzyme creates a burden further down in the small intestine where pancreatic alpha-amylase has to work harder to break down starches.

The tongue contains taste buds, and it also pushes food toward the back to the mouth for swallowing.  When we swallow, the bolus enters the esophagus for passage to the stomach through the cardiac sphincter.  The stomach continues the mechanical and chemical breakdown of food.  Gastric juice is secreted by millions of gastric glands located in the mucosal lining of the stomach.  It is composed of mucus, pepsinogen (the inactive form of the enzyme pepsin), and hydrochloric acid (HCl).  HCl activates pepsin from pepsinogen, and it triggers the hormone gastrin to be released into the bloodstream.  This hormone signals the brain to produce more gastric juice.  HCl and pepsin break down protein into peptides.  Pepsin deficiency is generally associated with low levels of HCl, a condition known as hypochlorhydria.  Symptoms include GERD, burping, bloating, gas, nausea and diarrhea, H. Pylori infections, maldigestion, neurological issues, iron-deficiency anemia, vitamin B12 deficiency, calcium, magnesium and protein deficiency.

Acid and The Stomach Organ:

The stomach is all about acid (pH of 1.5 – 3.0).  HCl is secreted into the stomach at a pH of 0.8. The acid bathes the stomach, disinfects, kills bacteria and parasites, as well as activates pepsin for protein digestion.  After the stomach churns the bolus and mixes it with gastric juice, the bolus breaks down even more into a paste called chyme, which is released into the upper part of the small intestine (duodenum) through the pyloric sphincter.  When chyme enters the duodenum, the acidic pH of the chyme triggers the goblet cells of the small intestine to secrete mucous.

The Role The Small Intestine Plays In Digestion

The small intestine plays the dual roles of the digestive organ and gland. The intestinal walls secrete two hormones into the bloodstream: Secretion and cholecystokinin (CCK).  Secretin stimulates the pancreas to release bicarbonate and pancreatic juice, and CCK stimulates the gallbladder to release bile necessary to emulsify and absorb fats.  As part of the pancreatic juice, the pancreas first releases sodium bicarbonate to help raise the pH of the chyme to neutral. Once the chyme pH reaches neutral, the enzyme portion of the pancreatic juice is released to complete the chemical digestion of carbohydrates, proteins, and fats.  Three major groups of pancreatic enzymes are proteases, pancreatic lipase, and pancreatic alpha-amylase.  Other pancreatic enzymes include gelatinase, elastase, deoxyribonuclease, and ribonuclease.

While digestion of protein begins in the stomach, the bulk of this process takes place in the small intestine and is carried out by pancreatic proteases: Mainly trypsin and chymotrypsin.  These enzymes are stored in the pancreas and released in inactive form (trypsinogen and chymotrypsinogen).  When they reach the lumen of the small intestine, the enzyme enterokinase, present in the intestinal mucosa, converts trypsinogen into its active form, trypsin.   When activated, trypsin activates chymotrypsin.  Both enzymes break down peptides into tripeptides and dipeptides.  The final digestion of tri- and dipeptides into single amino acids is carried out by carboxypeptidase and elastase.  Proteases deficiency causes protein maldigestion, protein deficiency, hypoglycemia, weakness, constipation, hair loss, gingivitis, calcium deficiency, tooth decay, and mood swings.

The Pancreas And Digestion:

Where The Small Intestines Merge Into The Large Intestines

By the time chyme leaves reach the duodenum (the first part of the intestine, just after the stomach), it is almost fully digested.  Peristalsis moves the absorbable molecules into the jejunum, where millions of villi and microvilli absorb them into the bloodstream, which carries them to the entire body.

The leftover chyme from the small intestine (indigestible fibers, bile, water, and sloughed off cells) passes into the large intestine through the ileocecal valve.  The large intestine recycles water and the waste material that nourishes the colon cells; it captures any nutrients that are still available, with the help of the bowel flora, and converts the nutrients to Vitamins K/B1/B2/B12 and butyric acid; it forms and expels feces.

Just thinking about food can begin the digestive process, and between the time food enters the mouth until excretion occurs there are a multitude of complex chemical reactions that allow biological organisms to process food into usable nutrients. Both organs and chemical reactions play major roles in digestion, and for this system to operate successfully all portions must work at optimal capacity in synergistic order.

How Is Food Metabolised By The Body?

Understanding the mechanical aspect of the digestive system is only one portion, the other crucial element is how the body metabolizes food to transmute it into usable energy. Our total daily energy expenditure (TDEE) is dictated by three factors:

1.Resting Metabolic rate (RMR), this is the number of calories our body needs to perform metabolic functions when it is at rest.

2. The number of calories burnt through physical activity, non-exercise activity thermogenesis (NEAT) and exercise. And

3. The number of calories needed to digest and absorb food.  This is called diet-induced thermogenesis (DIT) or thermal effect of feeding (TEF).

The foods and beverages that we consume are combined with oxygen and converted into energy in the form of ATP.  They also provide the building blocks used to make hormones and enzymes to grow and repair tissue, as well as many other processes.  When we eat, digest and assimilate food we burn calories.  Diet-induced thermogenesis begins immediately after we eat and can last several hours, depending on the macronutrient composition of the meal.  The word thermogenesis comes from the Greek θερμός (thermos) and γένεση (genesis), and it means the creation of heat.  Not only does DIT create heat during food digestion and absorption, but it also (by a mechanism still not completely understood) activates the sympathetic nervous system which causes the body to produce heat in brown adipose tissue (BAT).  BAT is only stimulated by cold temperatures (shivering) and food consumption.

For example, protein and alcohol have the highest thermic effects.  The DIT for protein is calculated to be between 20 to 30% and the DIT of alcohol is between 10 and 30%.  The thermic effect of carbohydrates is between 5% and 10%, and fat has the lowest reported DIT: 0 to 3%.  This means that given the same number of calories, meals rich in protein, fat, carbohydrate, or alcohol have different effects on energy expenditure.

What Foods Help To Maintain Or Lose Body Weight?

Studies show that postprandial thermogenesis in healthy subjects is increased 100% on a high-protein/low-fat diet versus a high-carbohydrate/low-fat carbohydrate diet.  In addition, compared to fats and carbohydrates, protein consumption also provides increased satiety.  Satiety scores were higher during high protein/high carbohydrate meals versus high fat meals. For these reasons, high protein diets are favored for weight loss as well as for weight maintenance.

Does It Matter How Often A Person Eats?

When researching the effects of food on metabolism, the next logical question to address is the following: Would eating many smaller meals burn more calories than eating one to two larger meals in a 24-hour period?  I found contradicting studies when reviewing the literature.  Some studies showed that nibbling throughout the day caused a greater caloric expenditure, while other studies showed that consuming larger meals was linked to greater caloric expenditure.  It seems that when it comes to meal frequency and metabolism the jury is still out.

What Foods And Substances Are Calorie Free?

There are other nutrients that stimulate metabolism and cause thermogenesis without contributing any calories.  These nutrients are caffeine, capsaicin, and cold water.  Caffeine is an alkaloid found in coffee beans, tea leaves, and cocoa beans.  It is a stimulant and studies show that a cup of coffee can boost metabolism by 3-11%.  A study also showed that caffeine may affect lean people more than overweight people as fat burning in lean women increased by 29% with caffeine consumption, but obese women registered an increase of only 10%.  Capsaicin is a compound found in chili peppers that stimulates metabolism and helps reduce energy intake.  Finally, consuming water increases metabolism by 10-30% for about an hour.  Cold water may promote an even greater caloric expenditure, as the body uses extra energy to raise the water temperature to body temperature.

The efficacy of the digestive system’s ability to transmute food into usable energy for the body is largely dependent on the food choices that each individual makes. Not all foods metabolize the same way, therefore the decision to ingest certain foods and not others can affect the maintenance of body mass, as well as the function of the digestive system.